Lawyers And Solicitors for Brisbane, Queensland 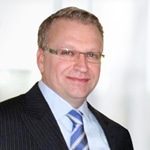 Robert Aitken is a Solicitor Director of Aitken Whyte Lawyers in Brisbane. He started practising in law firms at the Gold Coast in 1992 and in Brisbane in 1995 and moved to Sydney to further his career as a solicitor working in national law firms there, later taking up positions as General Counsel and Company Secretary of a number of multinational companies and directors of various companies.

Returning to Brisbane with his family, he established Aitken Craig Lawyers in April 2006 in Brisbane. In 2007 he expanded the firm to Brisbane and the Gold Coast and the next year to the Sunshine Coast and has offices and clients throughout Brisbane, South East Queensland and extending to Toowoomba and Dalby in the west.

Robert oversees all matters being dealt with by Aitken Whyte Lawyers. He has extensive experience in all types of disputes, litigation and commercial matters and regularly appears in courts ranging from the Magistrates’ Courts throughout Queensland to the District Court and Supreme Court of Queensland and the Federal Circuit and Federal Courts.

Robert is admitted as a solicitor in the Supreme Courts of Queensland and New South Wales and entitled to practice in the Federal and High Courts of Australia. His wealth of knowledge and history in the profession will ensure your matter is dealt with efficiently and effectively and with the attention and focus on results you should expect from your lawyer.

Robert’s experience as a lawyer extends into the following practice areas:

Call Aitken Whyte Lawyers for solutions and results, for expert and experienced advice to represent you at this important time or, if you want to learn more about our services in Queensland. For Brisbane and surrounding areas including Ipswich, Redlands, Logan, Redcliffe and Caboolture call 07 3229 4459 or email us.